For decades in Canada, governments were the most important funders of post-secondary education, providing more than 80 per cent of the revenue of colleges and universities. But over the past two decades government funding has dropped to only 50 per cent, leaving students to pick up more of the tab. We urgently need a greater investment in post-secondary education from the federal government. Don’t fall for these common excuses as to why the federal government shouldn’t provide more money.

Myth: The federal government is already spending a lot of money on PSE.

Myth: The federal government can’t afford to spend any more money on PSE.

Myth: The best way the federal government can help students is by providing students with grants and loans, not by transferring funding to the provinces.

Reality: The current student aid system is complex, relies heavily on regressive tax credits, and includes too many back-ended programs that require students to pay up front and get reimbursed later. It would be much more efficient, effective, transparent, and fair to fund the institutions and reduce tuition fees. Higher income students can then pay the government back through progressive income taxes once they hit the job market.

Myth: Post-secondary education is a private benefit, so the federal government should not subsidize higher education with public dollars.

Reality: Post-secondary education is an invaluable public good—important to everyone. The post-secondary sector makes a significant contribution to advancing Canada’s social, cultural and economic well-being, as well as its ability to innovate, respond to change, and maintain a vibrant and stable democracy. It ensures that employers have access to a highly skilled workforce, while helping to drive job creation and employment in a new economy. Accessible higher education, provided by public institutions and supported by public funds, also helps to lessen social and economic disparities and to create engaged, well-informed citizens.

Myth: Schools are spending too much money on administration anyways, so we shouldn’t boost their revenue with more federal dollars.

Reality: We may not like all of the budget choices schools are making. But cutting public funding encourages the corporatization of our education sector, which contributes to budgetary choices like valuing management over teaching and research, the core mission of the school. A better way to deal with corporatization is to provide public funding with strict rules regarding transparency and accountability. 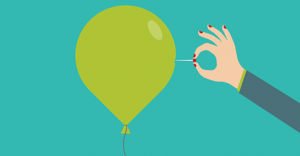