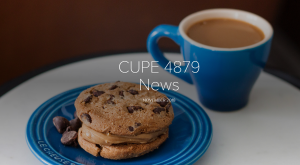 THREE $1000 EDUCATION AWARDS UP FOR GRABS! 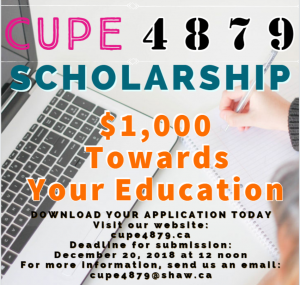 Every year CUPE 4879 offers three education awards of $1000 to our members and their family. This year’s deadline for applications is December 20.

Visit the CUPE 4879 website or contact the CUPE office for an application form and to find out the award requirements.

It’s that time of year again when your CUPE Social Committee and Executive work like Santa’s elves to put together the CUPE Holiday Social. This years’ event will follow our (very short) December General Meeting, held on Wednesday, December 12th at 4:35 pm in OL 127.

There will be finger food, drinks, fun holiday games, prizes, and festive tunes, but new to the party this year is a craft corner where you can make an ornament for the tree and/or a Christmas card.

So, bring your holiday spirit and Christmas cheer and join us for what is sure to be a fun-filled evening (but not too much fun because YouTube exists).

Lois Rugg, Debbie Wasylyshyn, Karl Fultz, and Linda Fleck represented CUPE 4879 at the CUPE Sector Conference in Ottawa. This years’ conference was held from November 6 – 9, 2018. Many of the themes covered are important for our workplace: fighting privatization, protecting our pensions, precarious work, funding for post-secondary, anti-oppression and anti-racism, making progress towards truth and reconciliation, and preventing violence and sexual harassment in post-secondary institutions.

Jagmeet Singh, Leader of Federal NDP, gave the closing keynote address. He spoke of our “courageous optimism” to continue fighting for public infrastructure, including internet, to be kept in public hands.

“The Struggle is something we have to do – it is an act of love and courage.” Jagmeet Singh

Our members were active throughout the conference, and brought back some important take-aways to share:

“We need to take a longer view, look at what the fallout will be if we don’t look after these things. For example, a university that saves x-thousand dollars today on decimating pensions will cost general taxpayers x-MILLION dollars in future welfare payments to retirees.”

OUR TIME TO ACT!

After years of government underfunding, access to high quality Post-Secondary Education is at risk. It’s our time to act!

High-quality, funded, and accessible post-secondary education is essential for all of us. We’re asking everyone to help:

To learn more about the campaign, please visit https://cupe.ca/our-time-act.

A appreciation luncheon was held for our committee members on November 22, 2018.

Thank you so much for all your hard work throughout the year! 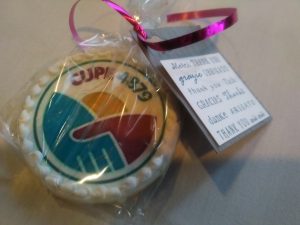 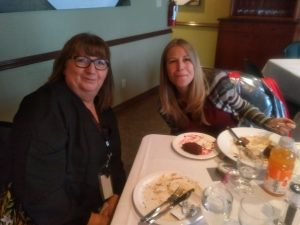 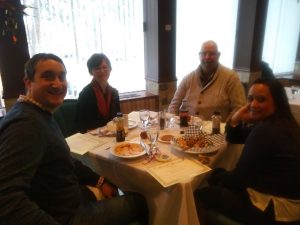 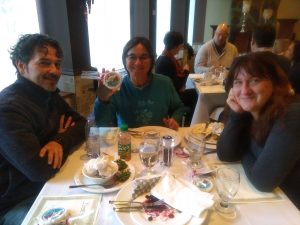 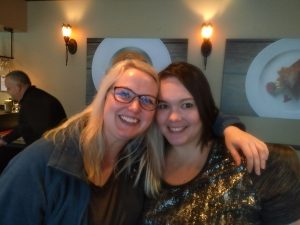 WE WANT TO HEAR FROM YOU!

We’re looking for story submissions and ideas from our members for future updates. Please let us know what’s going on in your department, in the TRU community, and tell us if there is anything else you may want us to know.